No, I have not (officially) jumped off the deep end.

No, the “city” or “traveling” life has not got the best of me.

I just wanted a change.

Sounds silly right? I mean after this past year’s whirlwind becoming a flight attendant, moving away from home and getting a blog started, you’d think I’d be satisfied! Apparently not.

Early in May a couple friends and I went downtown in Jersey City for happy hour. Prior to this evening, I vaguely remember thinking about getting my septum pierced, but never seriously. After a few rounds of libations and finding a new friend in our bartender, I casually brought up the subject:

“Hey, do you guys think I should get my septum pierced?”

Maybe it was the evening’s momentum, but before I knew it we were on a train to the city. Less than an hour later, a new little ring found it’s place in my nose. Did it hurt, you ask? YES.

I initially walked away from that day on top of the world. It was an adrenaline rush to be doing something spontaneous, especially in my new home. I wasn’t too fond of the 16g horseshoe they stuck me with, but that could be changed in due time.

The following months I met a lot of controversy over the decision. Although I come from a home of loving support, often times it’s one that can leave you feeling defined. People were not shy at all about voicing their opinions. I was told I was “too pretty” for the piercing, and to “put that thing back in [my] face,” amongst other things…

I soon started to hide it (septum piercings easily flip up) because I was scared to face any sort of negativity. The whole situation had me questioning myself. Had I made a mistake? I thought about taking it out. I could just write it off as a joke or stupid dare I fulfilled.

I continued to work through conflicting thoughts, when eventually my roommate cut me off. “It’s just a nose piercing,” she stated simply. Believe it or not, that was all I needed to hear. My dramatics were officially undercut, and I was pulled out of a self-deprecating hole.

It was then I learned (once again) that you can’t please everyone. The reasoning behind this little piercing in my face is personal, if nothing more than an occasional accessory option.

If what you’re doing is an expression of who you are or something you’re exploring, you shouldn’t have to worry about other people’s opinions. When I really broke down their responses, I realized the negative reviews weren’t even about me. They were based on their own pre-conceived notions about who I was.

As individuals we are constantly defining the world around us, and that includes other people. Because this septum piercing was unexpected, others attached their own assumptions of who I was supposed to be to it.

You may be thinking, “wow, is she still rambling over a stupid piercing?” but I feel this experience is common out there. When we go to make decisions, like what career to pursue or even what photo to post, we first consider it’s response from others. My fear is that our thoughts on how people will react can keep us from being ourselves, or further evolving the way we’re meant to.

Why are we letting opinions that don’t yet exist have any sort of control? Getting a septum ring had nothing to do with anyone besides me, and ultimately it only affects me too. It was a step away from what was expected of me, and I’m okay with that being the reason behind it’s existence. Will it stick around forever? Time will only tell, but in the meantime, I am happy being this version of me.

No matter who you are, I encourage you to be just that. You may wake up tomorrow and want something totally different, but you’ll always be grateful you were the truest version of yourself today. 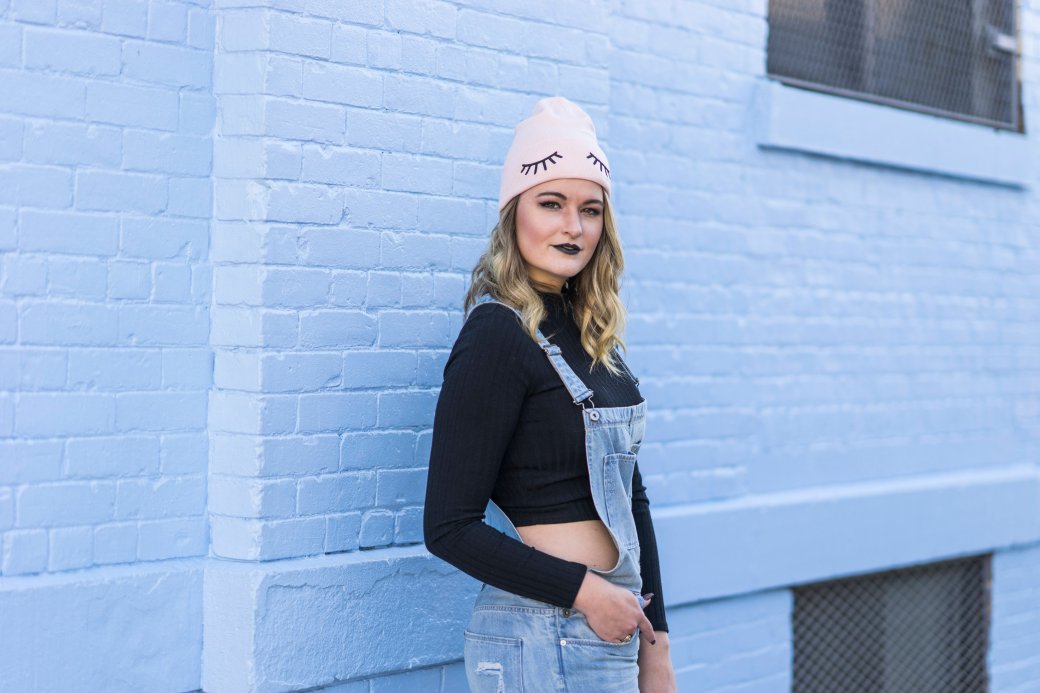 So what scary chance are you wanting to take (body altering or otherwise)? 😉 Let us find the bravery to continue to create the best versions of ourselves, no matter what is expected! xo

Keep up with Miss All Over the Place here!